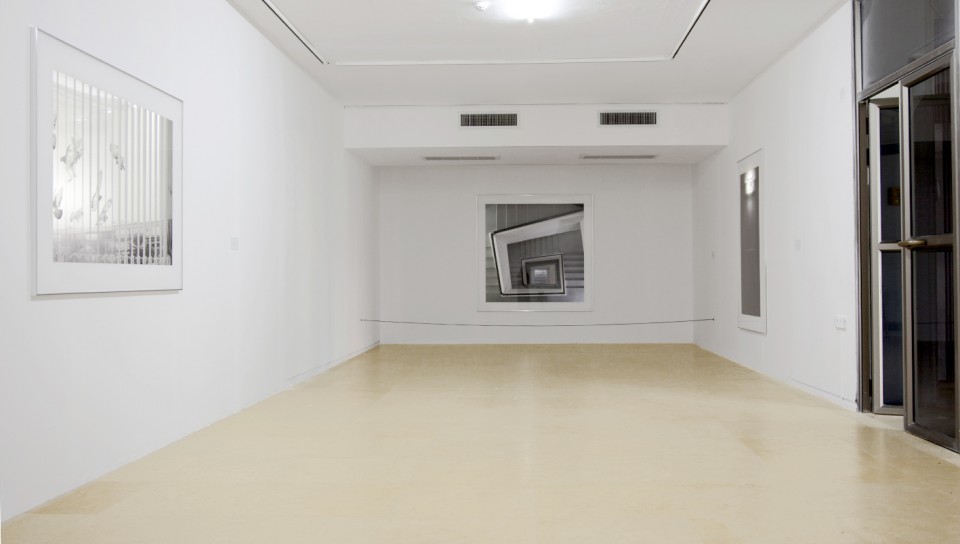 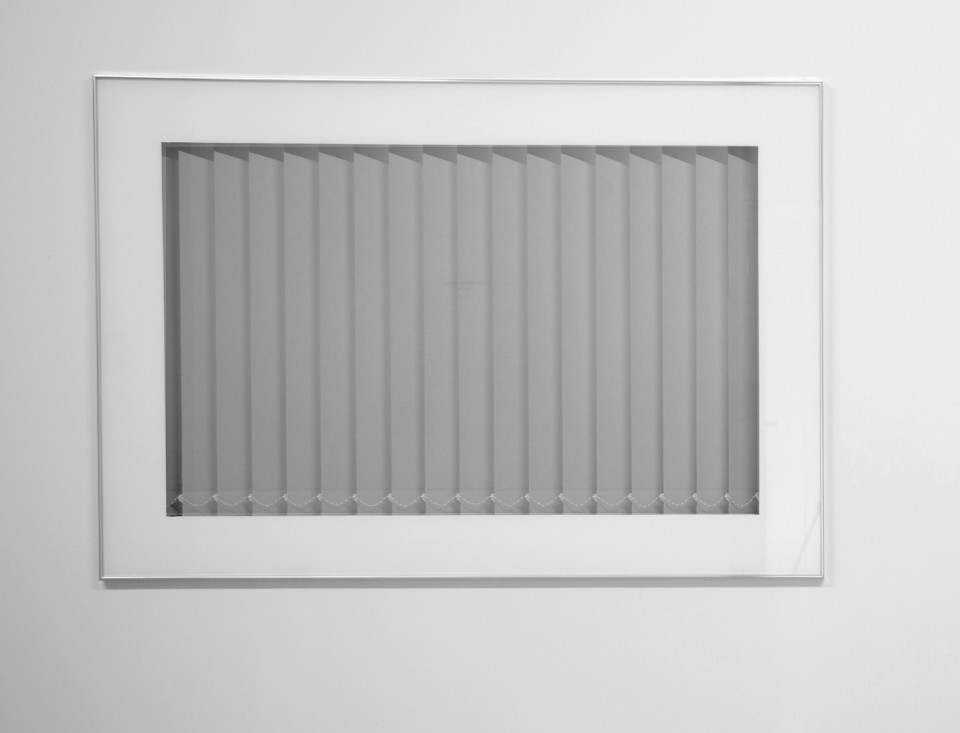 Noa Yafe’s show, The Perfect Crime, presented by the Center for Contemporary Art in Tel Aviv, is an installation disguised as a photography exhibition. The black and white "images" in it were created by arranging three-dimensional objects to look like photographs. Fixed within the architecture of the gallery, Yafe’s works are optical illusions meant to confuse the distinctions between photography, sculpture, installation, and architecture – ultimately exposing how photography, as a means of representation, both documents “reality” and suggests a constructed, false version of it.

However, in a world where photography is ubiquitous, Yafe questions not just the medium itself – not simply the structure of the photographic image, which continues to morph as technology advances – but its essence, or rather its conventions. These can even be considered genres of photography, or stereotypes of images that we, the consumers of visual imagery in its many forms, are exposed to time and again. It is thus not surprising that Yafe turns our attention to a specific genre of images: black and white, film-noir stills.

The exhibition opens with an image of birds, captured in mid-flight, that reveals the birds only from a certain angle. The scene implies a moment of sudden chaos, like a slamming door or an ear-shattering gunshot, which precipitates an eerie, unknown, off-screen event that instinctively causes the birds to flee. In another work ,a large-scale, square-shaped stairwell is seen from above. No doors are visible in this seemingly bottomless silo, but the narrative of escape, or chase, or off-screen drama, is embedded in the image. We, the viewers, are forced to look down at the vertiginous abyss.

The exhibition continues with ominous yet everyday scenes: dim streets, a deserted office with a clock ticking away, and other works that culminate in The Perfect Crime, the show’s eponymous work, a darkened installation depicting a towering bank building. The dim skyscraper stands out against the night sky, while inside the crime of the century unfolds. It is the crime of economics, of inequality, of class, and of wealth. Like photography, it melds seamlessly with daily life. It is the perfect crime – invisible, yet all around us, with no specific victim, as indiscriminate as a camera.

In his 1996 book, also titled The Perfect Crime, Jean Baudrillard describes what he considers the greatest crime of all time: the murder of reality. He claims that reality has been replaced by a representation of itself. In other words, we humans collectively narrate what we think the world, or reality, is like. We project onto it a false cohesion, a simulation. However, according to Baudrillard, the human drive to rationalize and organize the world into cogent metanarratives does just the opposite – it only obscures it, since reality is inherently irrational and chaotic. Therefore, we must cling to mystery, chance, and illusion, the very things that defy the agreed-upon order of the world, to unravel the social and technological processes through which reality has vanished.

In line with Baudrillard, Yafe’s detective work reveals those perfect images we are so accustomed to asthe crime itself. The systems that organize reality, manifested through banks, offices, and lead roles, might all be just simulations or fantasies. Even the Bank of America recently said there is a significant chance we live in a simulated world. In a brief to their clients, they wrote:

Many scientists, philosophers, and business leaders believe that there is a 20-50% probability that humans are already living in a computer-simulated virtual world. In April 2016, researchers gathered at the American Museum of Natural History to debate this notion. The argument is that we are already approaching photorealistic 3D simulations that millions of people can simultaneously participate in.

Yafe’s simulated photographic images encapsulate the visual storytelling that has developed from classic film and up until today. By doing so, she challenges the very reality we narrate to ourselves through imagery.

We believe that anyone and everyone should have access to enjoy our website, and therefore we make an effort that our website is clear and accessible, and will allow smooth internet surfing for anyone using different technologies.

It is possible to navigate and use our website with the help of your keyboard alone.

To activate this option, please click the TAB key.

Clicking the TAB key will move you on to the next link (highlighted in yellow) and clicking on SHIFT + TAB will bring you back to the previous link.

On forms where you can click to choose different options – choose your desired option by pressing on the ARROWS key (up/down).

For the different visual medias on the website (images/videos), you can navigate through the images by pressing on the ARROWS key (left/right).

*the Accessibility Menu suits Explorer 10 and higher, Opera and Chrome. With browsers like Safari and Firefox on Mac computers, activating keyboard navigation is necessary, and is done on the browser’s settings menu.

Pressing on the TAB key will activate the navigation options for the website. At the front page of the website the following options will appear:

Skip to menu – begin navigation from the main site menu.

Skip to search – moves the browser to the search box (assuming that the site has a search box).

Skip to cart - moves the browser to the shopping cart (assuming that the site has a cart).

Activate high contrast – Changes the site’s colors in order to suit the vision of colorblind or blind individuals.

Text size can be changed by using + CTRL key or the browser’s options menu (zoom).

To enlarge text: use + CTRL key.

For the default size text: use 0 CTRL key.

Pressing on the button “activate high contrast” on the options menu disables and colors and background images on the site. The text will be black on white background.

Images on the site include a corresponding description (ALT) if they are significant.

The forms on the site are accessible to screen users and keyboard users.

The site could include content from different sites using iframe. The accessibility to this content is dependent on the guest site’s accessibility and we cannot guarantee that they are accessible. For instance – Facebook’s comment section and share options, payment pages of a third party supplier or any other content.

The site can be viewed on portable devices (responsive).

ARIA was used in order to provide use and navigate the site by screen reader programs.